TAI CHI CLASSES IN THE PITTSBURGH AREA
Feedback about the book and the movie:
Xiaobo's book was featured at the Shanghai Book Fair in August 2012 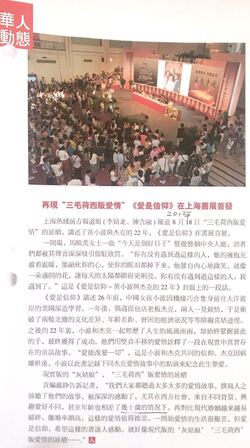 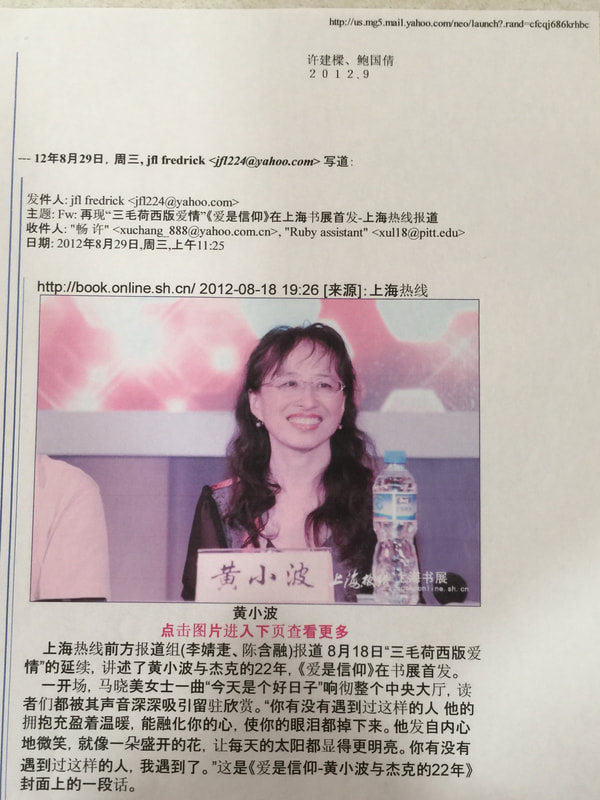 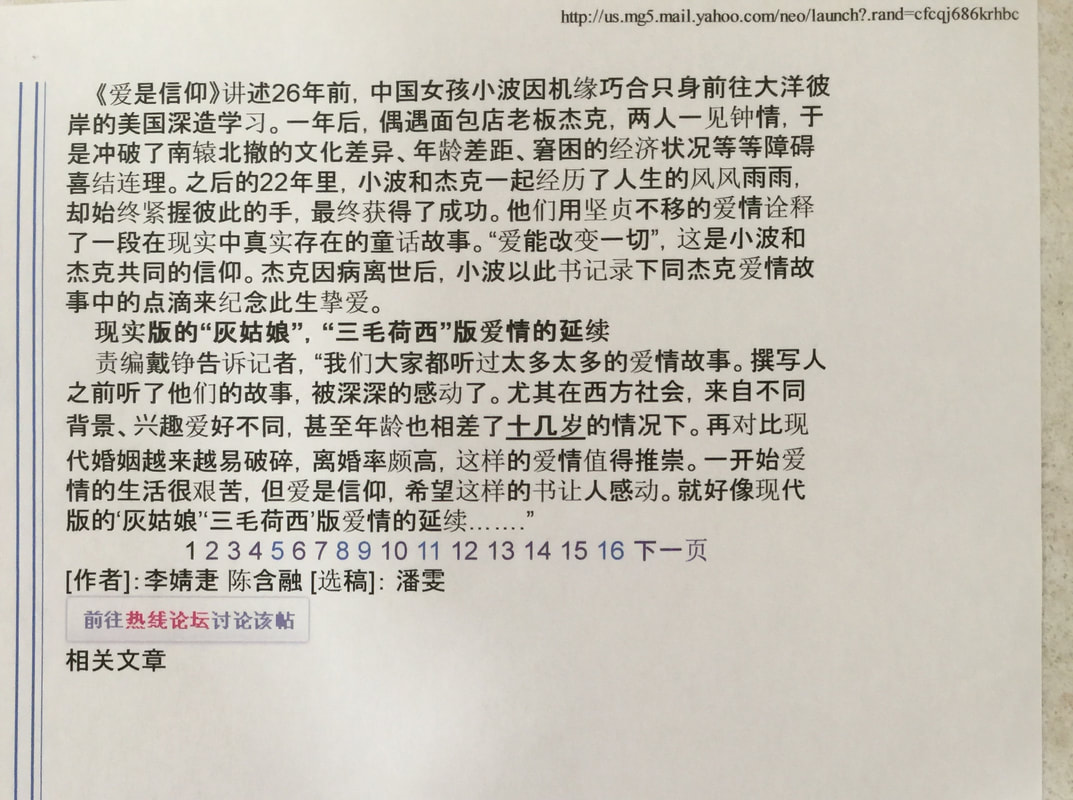 ​Feedback from New Castle, PA
1)Your 14 recipes for love could be expanded into a very effective manual for a successful  marriage.  Not everyone, Xiaobo, has had the opportunity to be on the receiving end of great love, let alone twice. Your recipes speak of profound wisdom that could help improve any marriage.
I don't believe in coincidence and realistically, what are the chances of a jewish male from Pittsburgh meeting a chinese woman from Shanghai and being able to tick off all the boxes regarding interests and priorities let alone falling in love?
Love does not stop at the grave...after all, the body is only a vessel we humans need to get around on this earth.....Jack guided both of you to each other to continue the great love you both shared in his life.  His soul (essence) is still very much alive for all eternity.
Your love together is a gift from beyond.
I hope one day you can both come to New Castle.   I would love to have your fill in some gaps for me in your story.
Blessing to you both
Elisabeth & Bruce 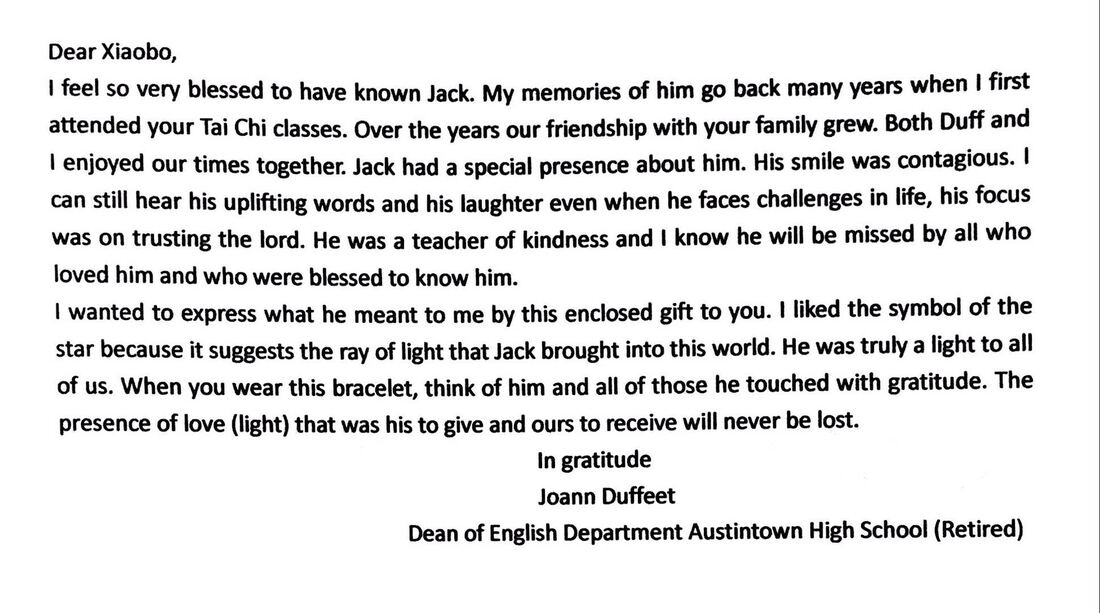 2)Dear Xiaobo,
Thank you for inviting me to see your documentary at PC TV .  Your story was truly expressed through this film.
I was impressed how you and Jack really worked at your marriage and made it successful.  He was an amazing individual, but then so are you.
My heart went out to you when you said your heart was bleeding.  I so understand that as when I went through my divorce, I felt like my heart was literally breaking.  There were times I couldn't breathe and would heave from the upset.
I remember understanding a passage from scripture that says the Holy Spirit prays on our behalf through moans and groans that are not discernible to us.  You can't imagine the agony that I expressed and didn't know when it came from.
The other piece that hit me hard, was when you said "all I ever wanted was a family".  That is one of the reasons I was attracted to my ex husband's Italian family.  They were always together eating, drinking, celebrating life.  But the hardest part of the divorce was losing them completely.  So where I thought I was part of the family, I was excluded because I wasn't blood.
Your 14 recipes of love reminded me of the Scripture passage 1 Corinthians 13.  This passage represents agape love, that is not a romantic love, but the way we are called to love one another, the way God loves us.
Love is patient, love is kind, it does not envy, it does not boast, it is not proud, it is not rude, it is not self seeking, it is not easily angered, it keeps no record of wrongs, Love does not delight in evil, but rejoices in truth.  It always protects, always trusts, always hopes, always preserves.
I really meant it when I said that you inspire hope.  Sharing your story and seeing you remarried and finding another man to love who loves you allows others to hope.  Continue to share your story, knowing that God has blessed you yet again.
I wish you and Jay much happiness and a long successful relationship.  Love doesn't see skin color, nationality, or religion, it sees another human being created in the image and likeness of God.
May God bless you and your family,
with love,
Cathy
May 23, 2016 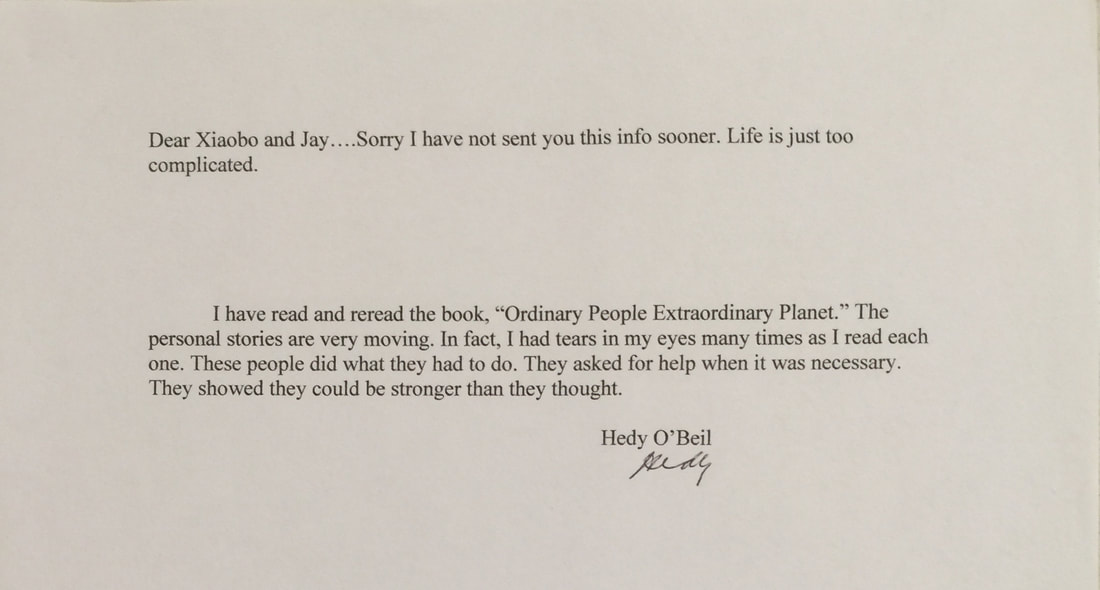 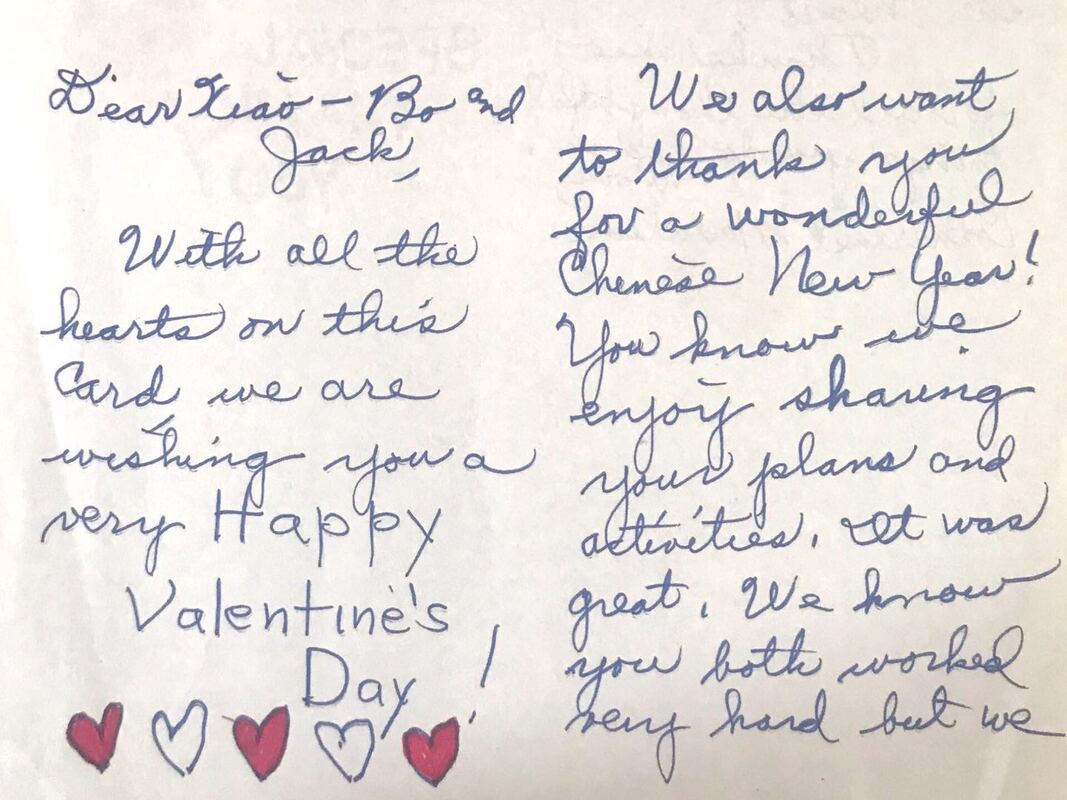 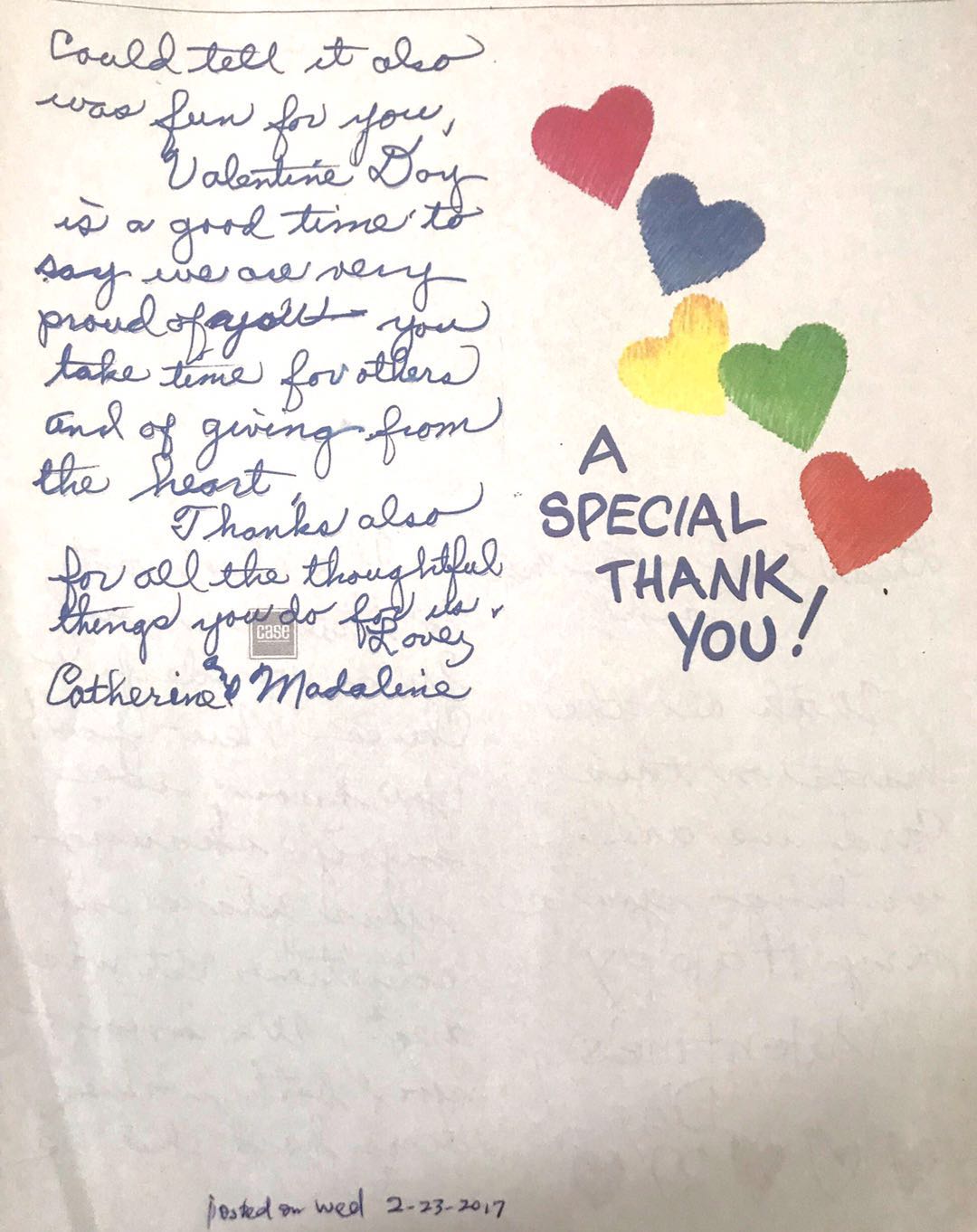 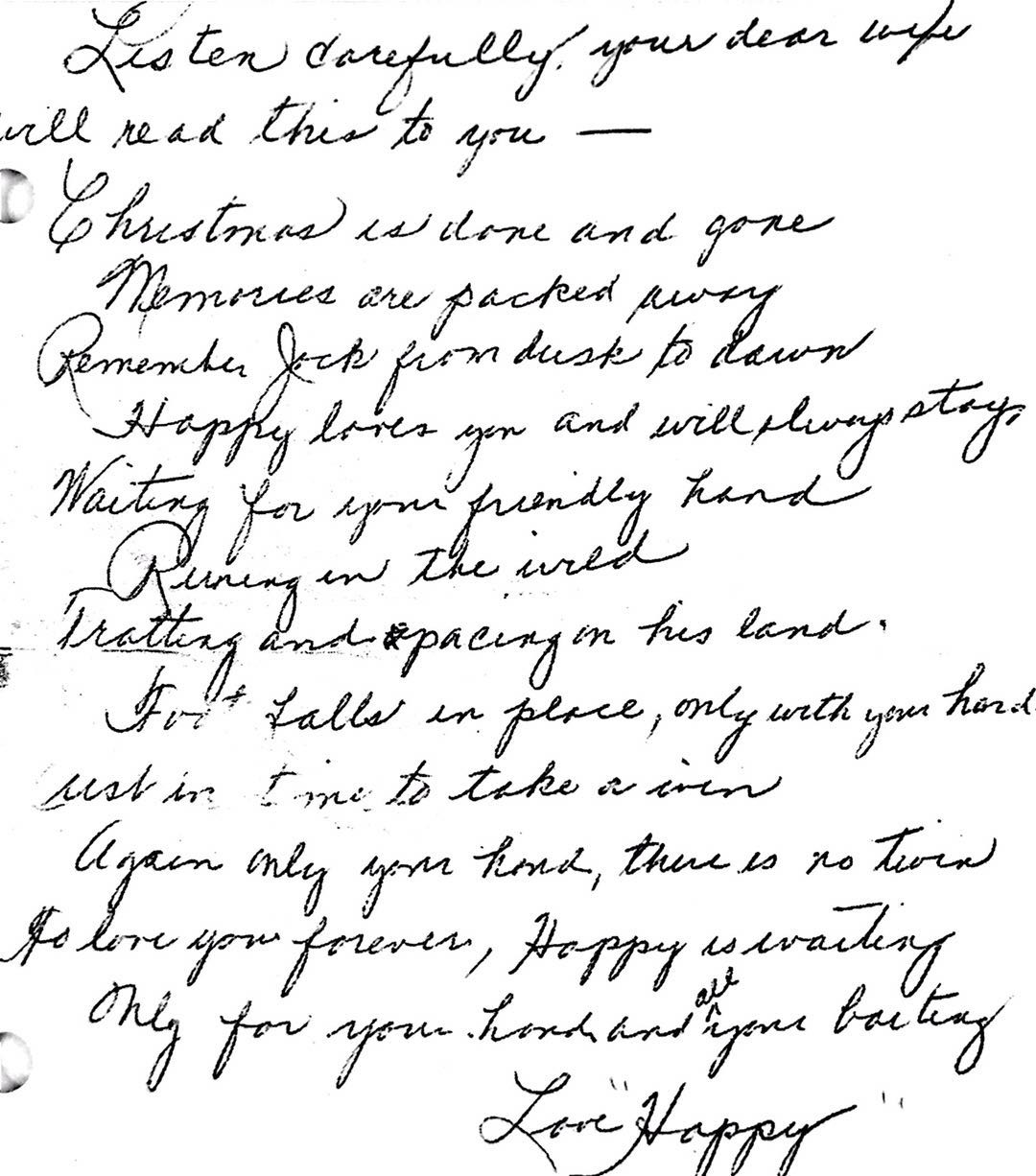 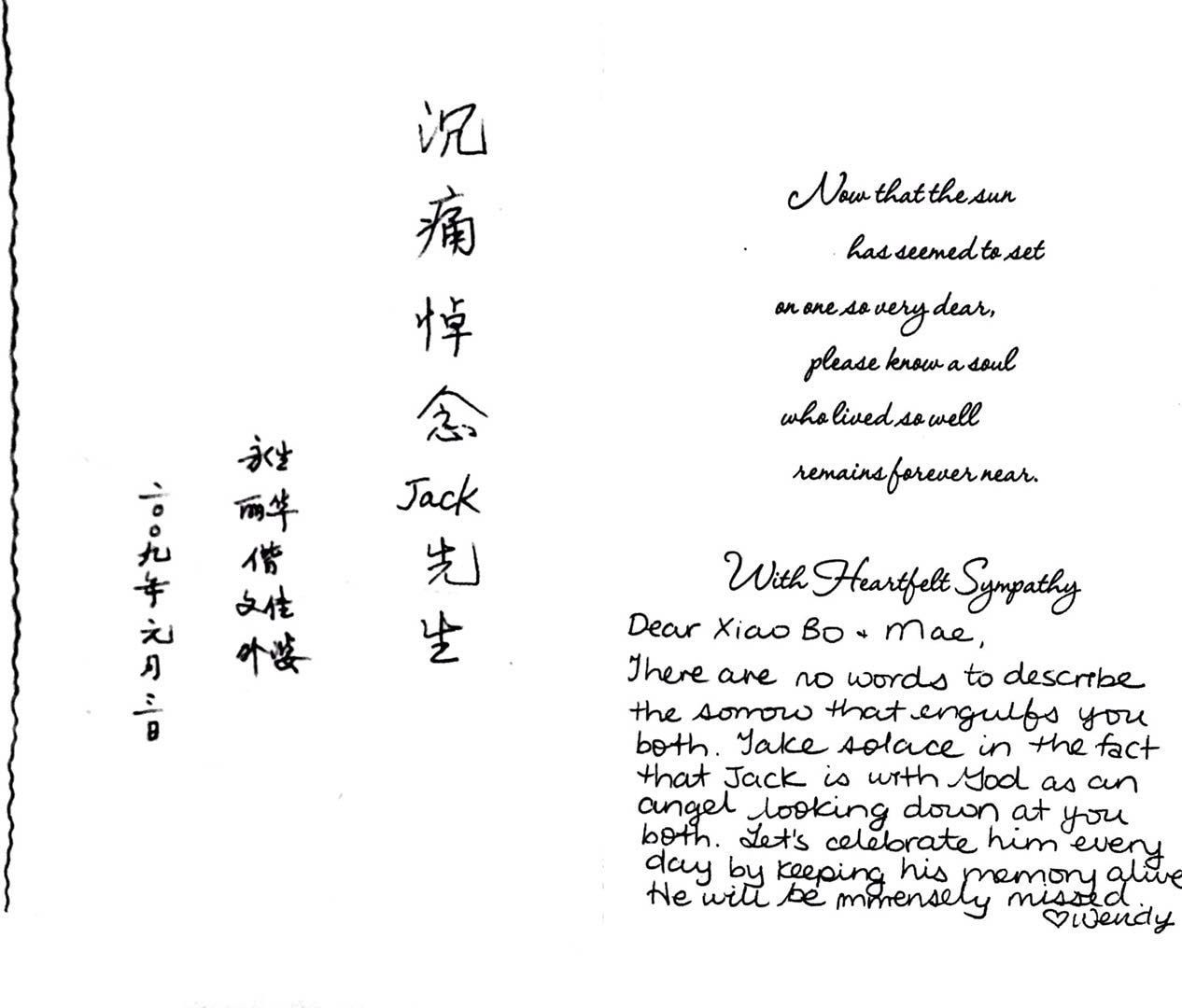 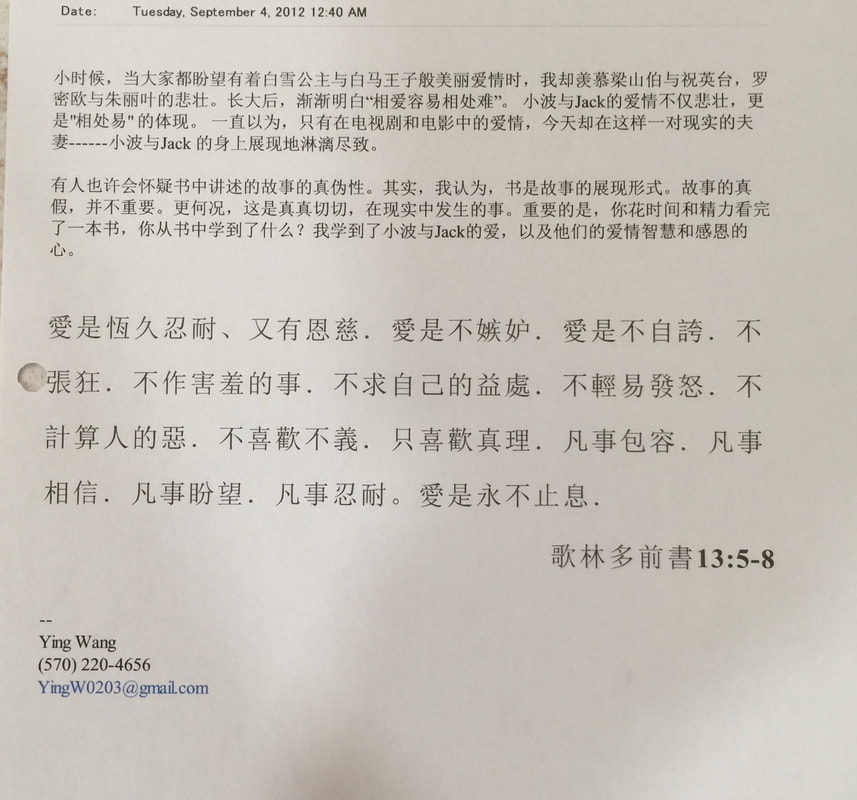 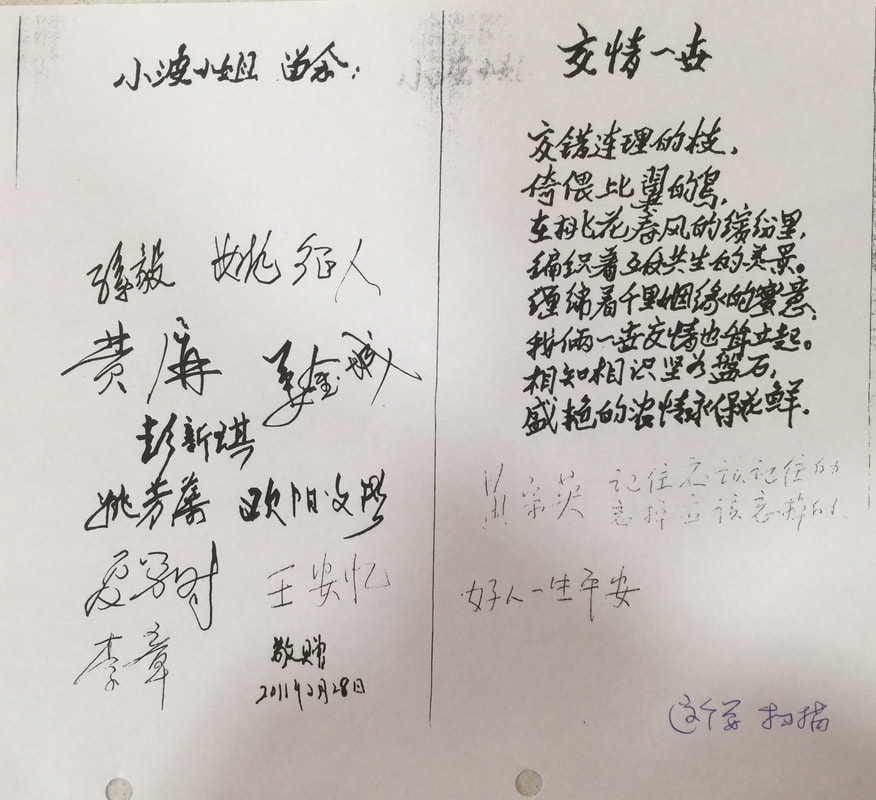 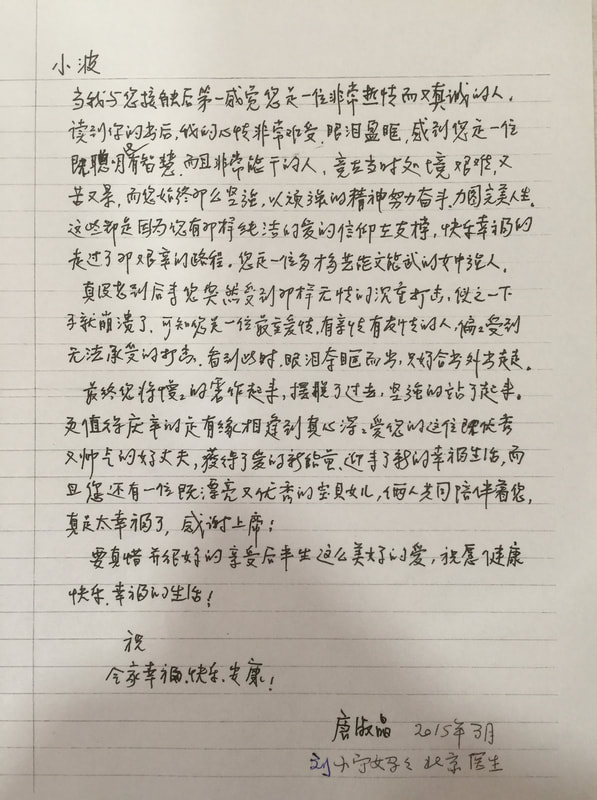 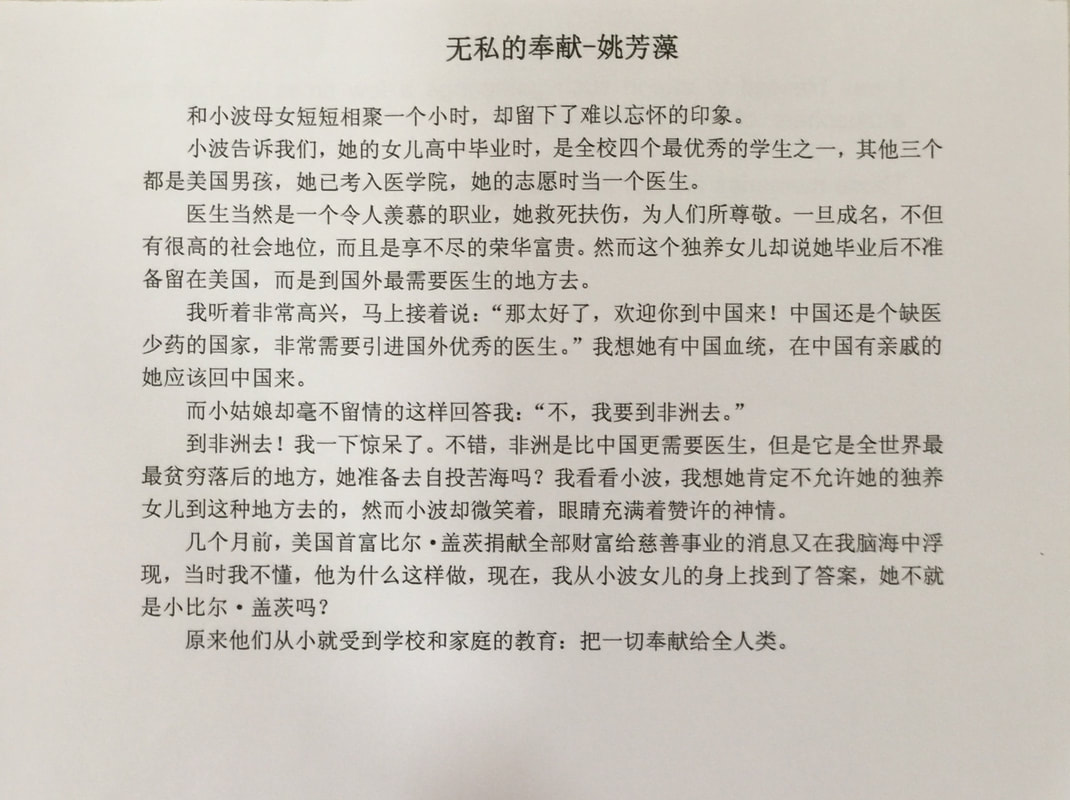 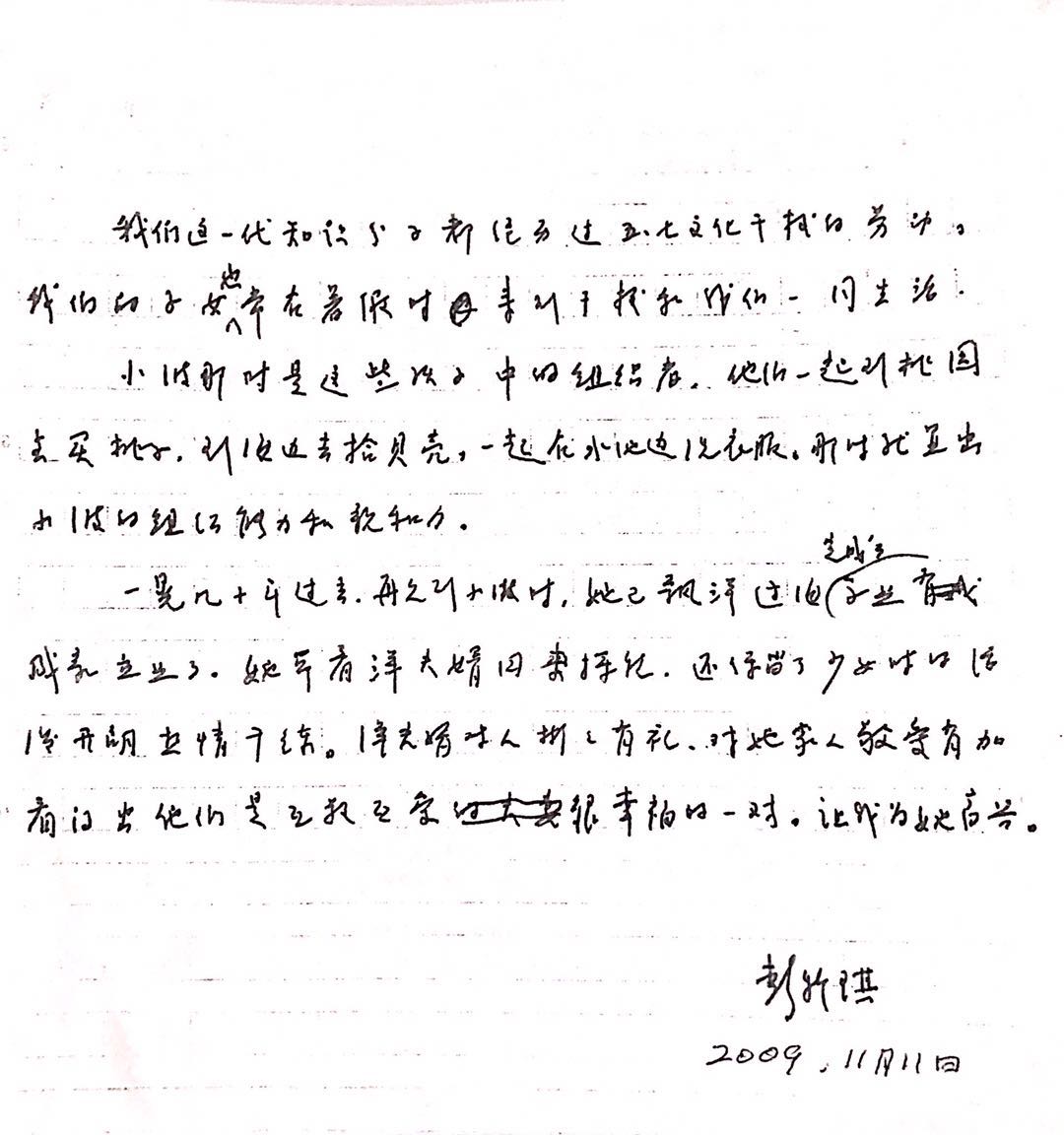 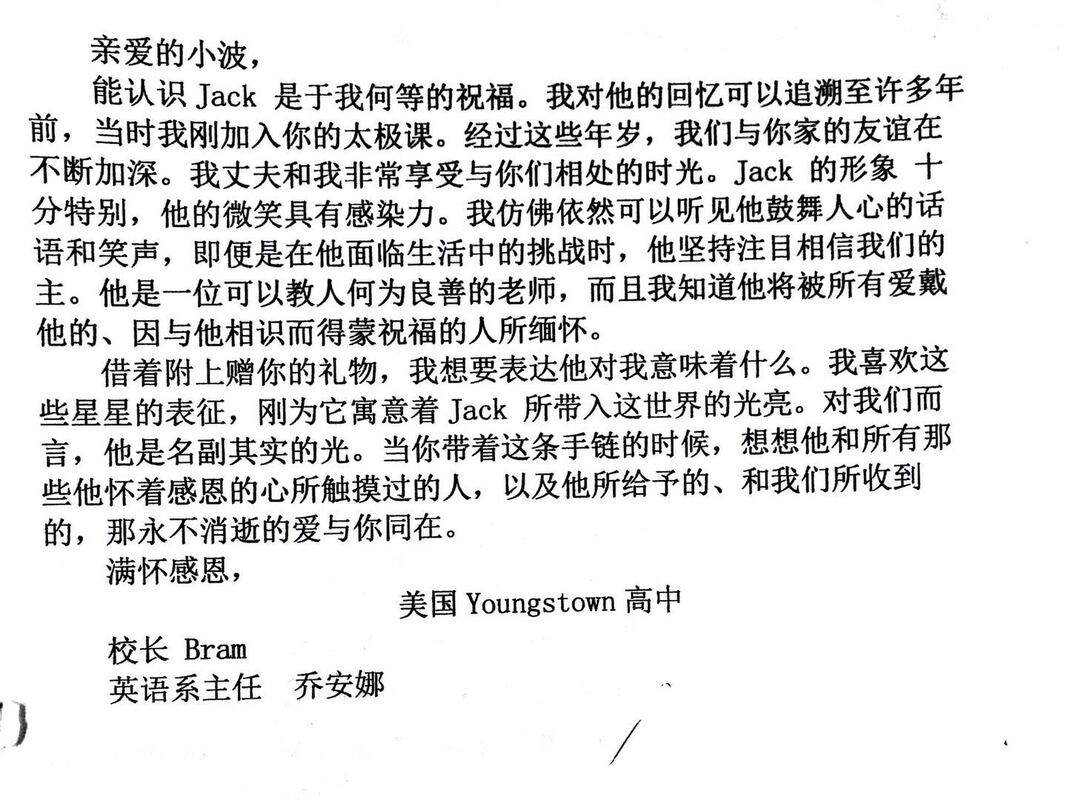 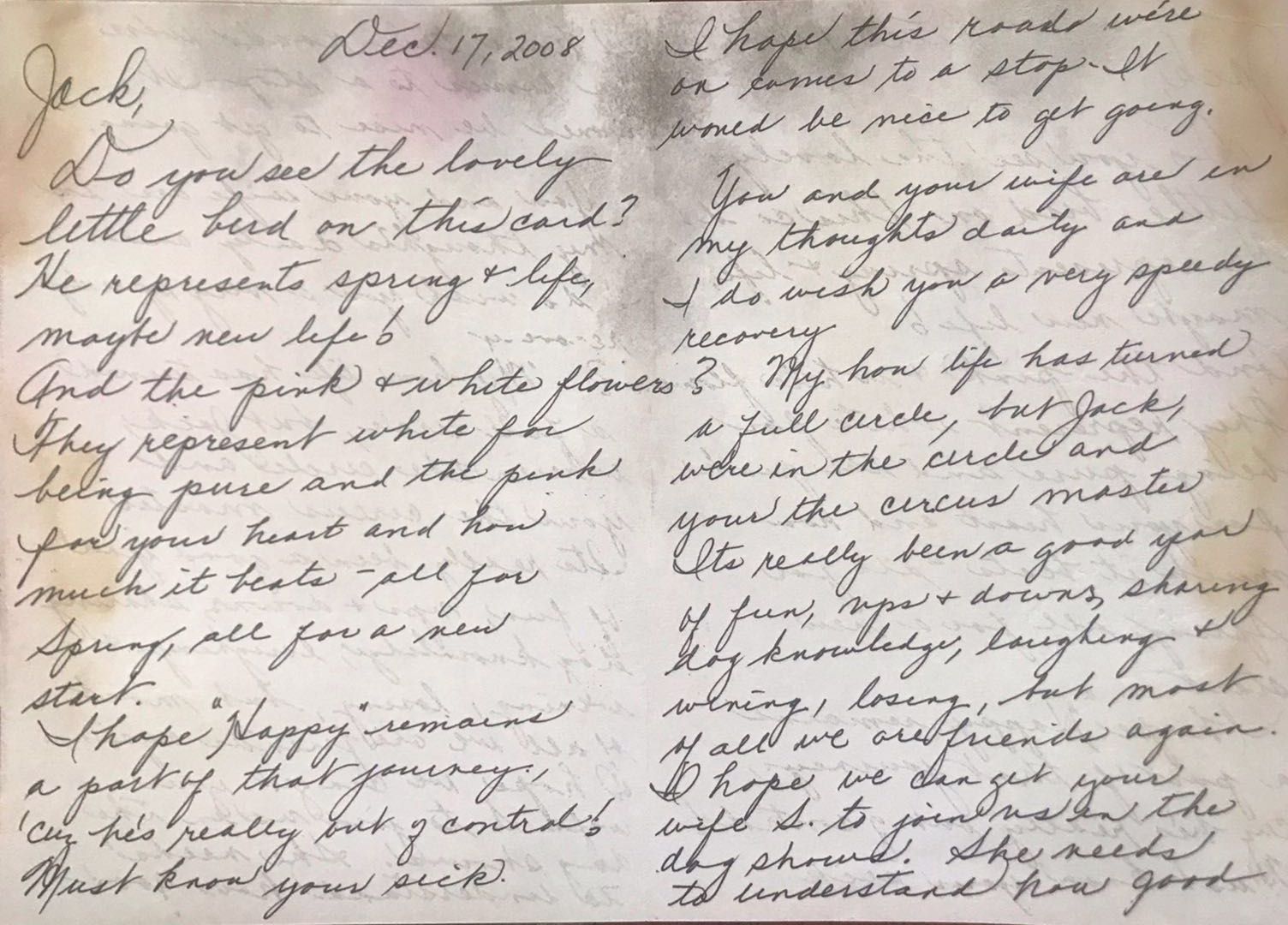 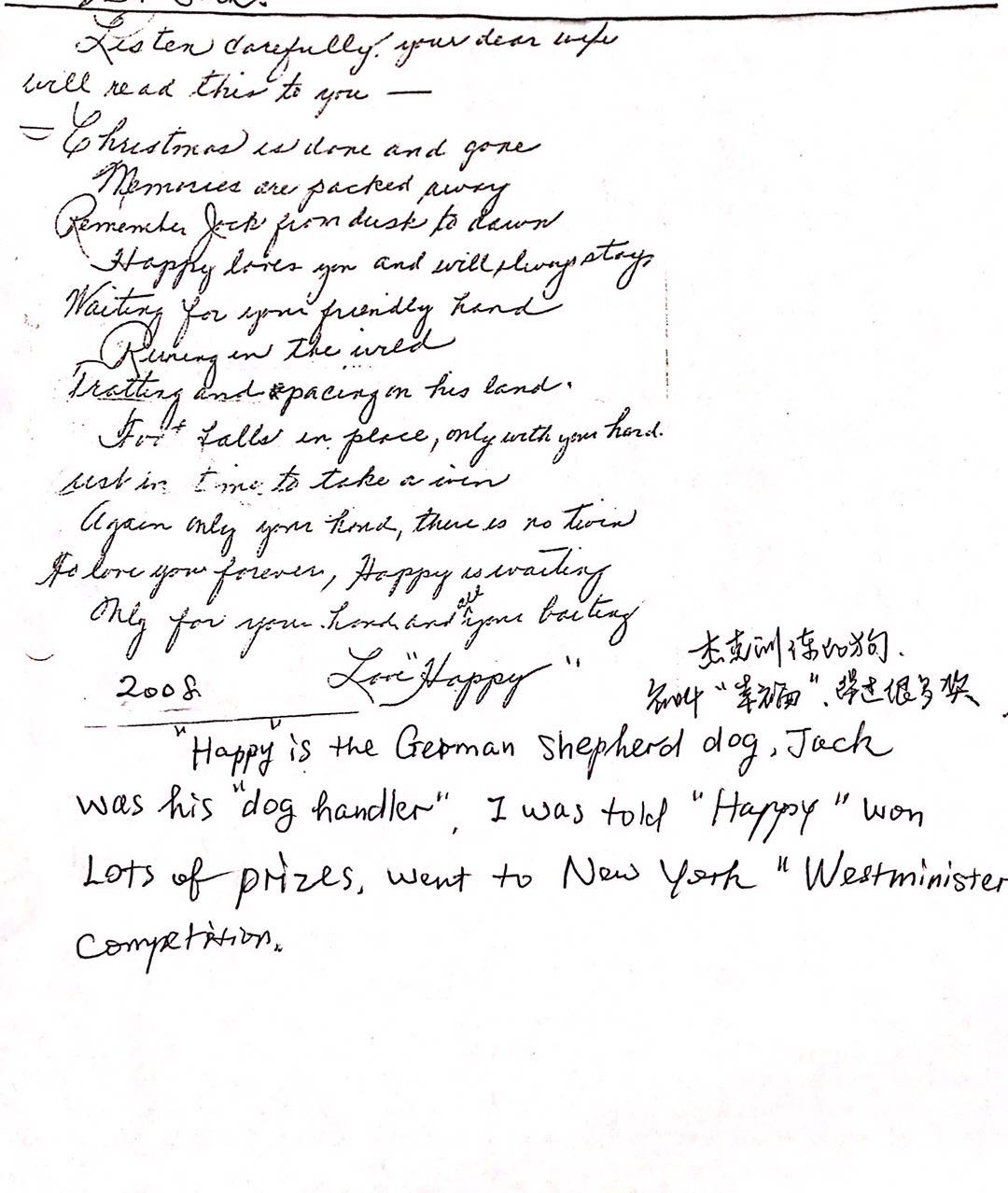 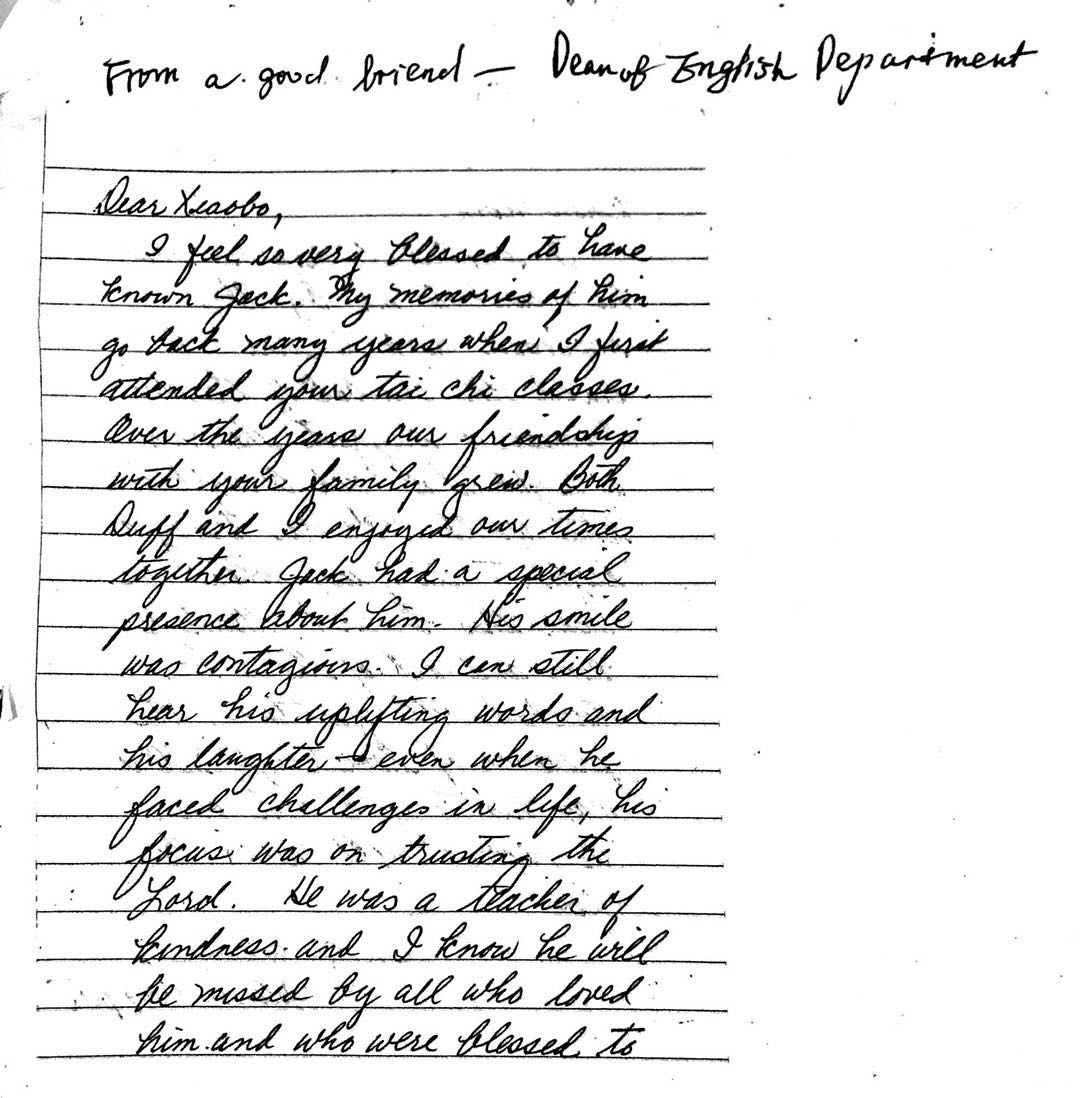 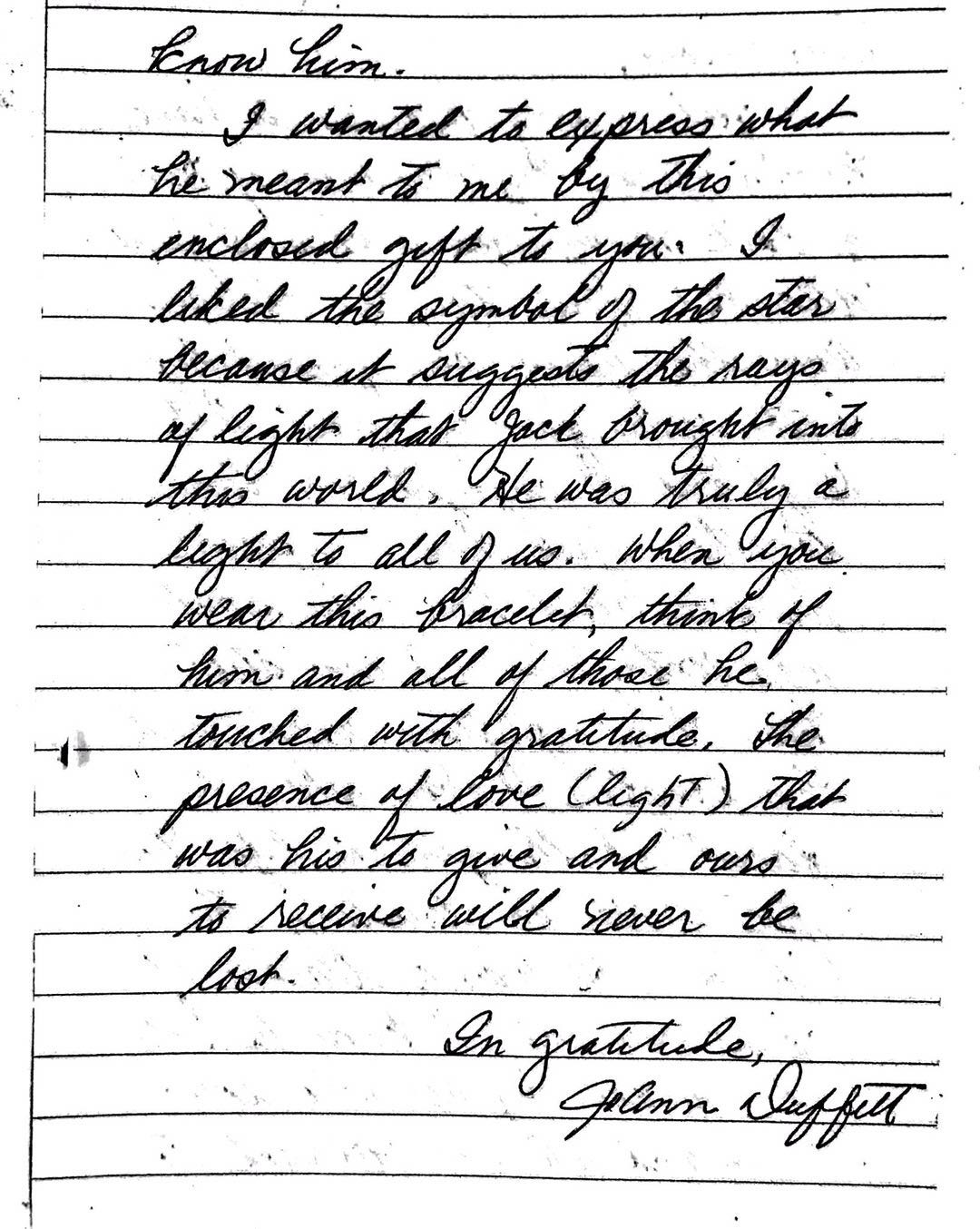 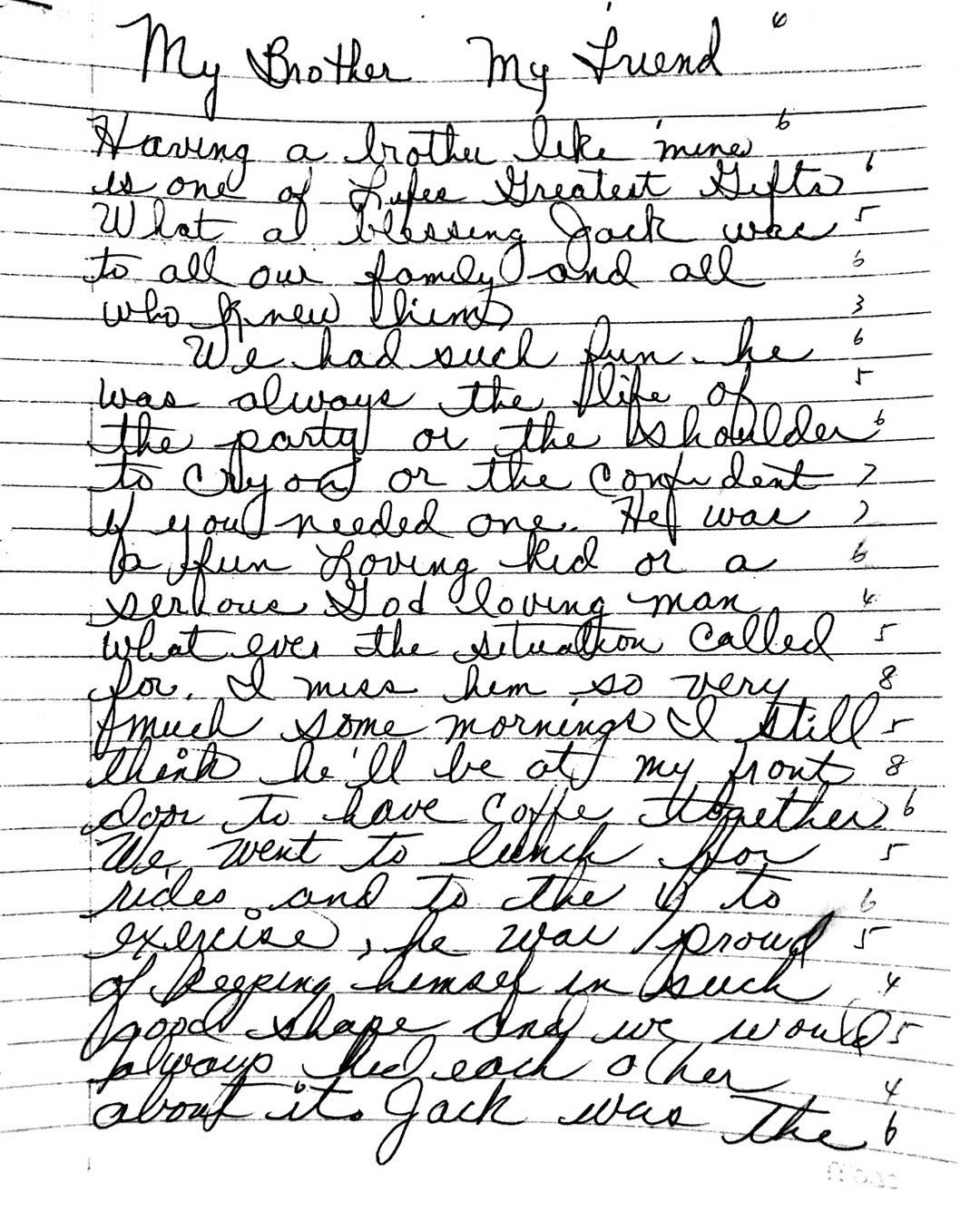 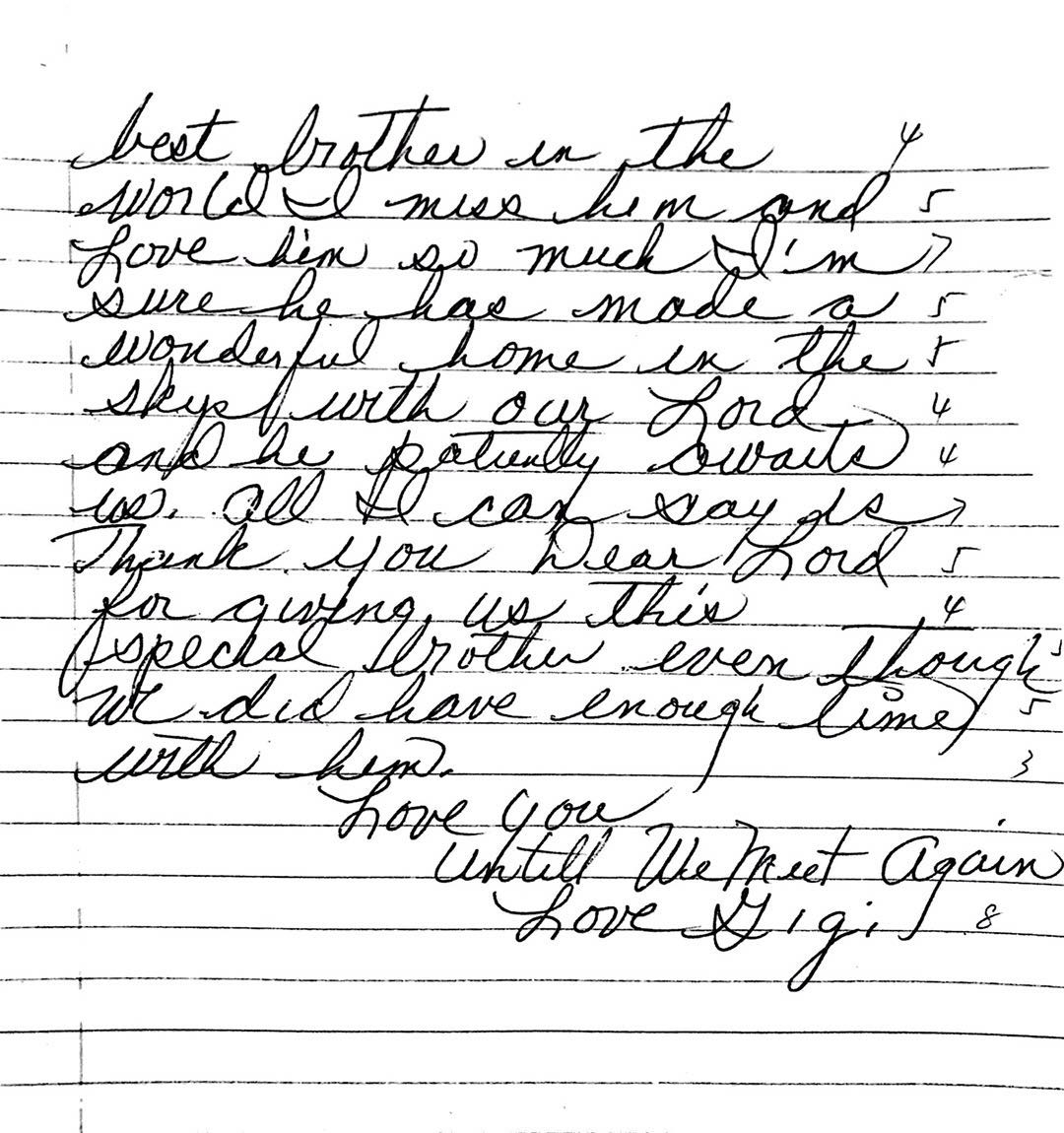 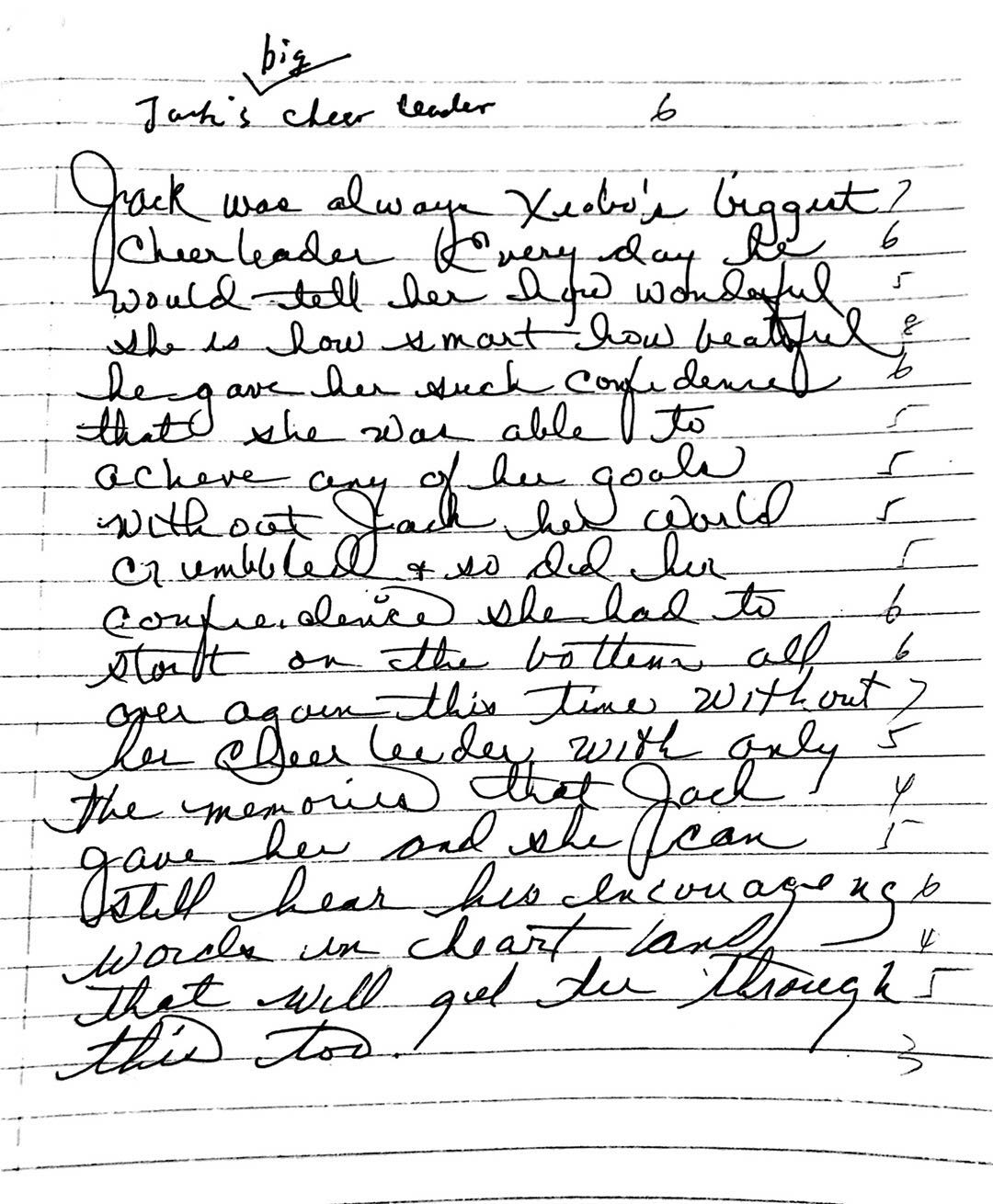 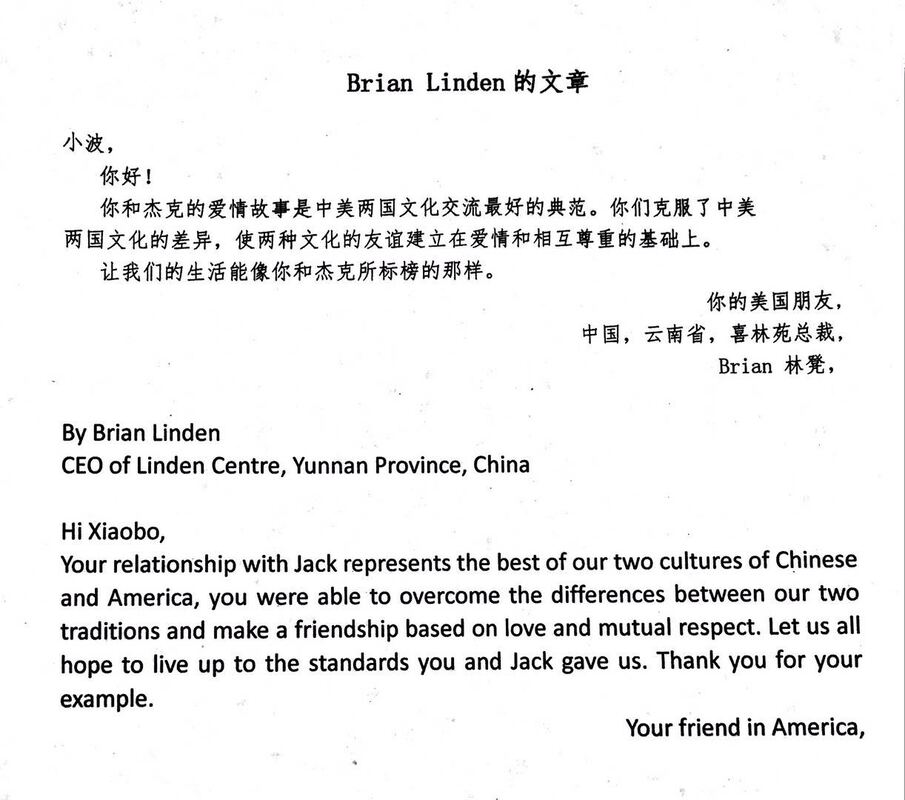 4)Live to Perfection in Love: The Story of Jack, Xiaobo and Jay
Published in Erie Chinese Journal-Translated by: Dr.Ruiqin Miao
July 19, 2011
Writer: Qiong Huang, Accountant, Masters in Finance and Taxation

1. It was at Pittsburgh International Airport that I met Xiaobo for the first time. We recognized each other instantly, although neither of us had seen the other before. Xiaobo had a warm and sincere simile, but I detected sadness in her eyes. Later on, through various conversations with her, I learned about the tragedy of her husband Jack. It was the eve of Thanksgiving Day 2009, less than a year after Jack passed away. While other families are busy preparing for their festive reunion, Xiaobo faced a collapsed world.
Jack was the unparalleled hero of Xiaobo. A casual visit of Xiaobo to Jack, who then lived in Youngstown in 1987, brought them into love and initiated their fairytale love story of 22 years.
Xiaobo was not a Cinderella who had the rare fortune of marrying a prince. Jack ran a bakery. They had to work hard to earn a living. When business was slow, they had difficulty making ends meet. However, their simple and ordinary life did not lack of color or fun at all, as long as Jack was around. When Xiaobo was tired, Jack sang Italian love songs to her; when she was blue, he made faces to cheer her up; when she was sick, he prayed to God that he would take on Xiaobo’s pain. They were together all day along, but Jack wrote cards, notes, and letters to Xiaobo to tell her how much he loved her. He never stopped writing in those 22 years. Xiaobo forwarded to me some copies of those cards, which are heart-touching and warm as ever.
Xiaobo was not the only person who received Jack’s care and love. A loyal Christian, Jack never hesitated to care about others. One thing he did every morning after getting up was to read the Bible and then to pray for a long list of people. Everyone who had acquaintance with him could sense his enthusiasm and vitality. Ever after he passed away, those, like me who had never met him in person, could still feel how vividly he lived in the memories of many.
Xiaobo was born an easy-going person. Jack turned her into a merry bird by love. Jack was her sky, her sunshine and her air. The sudden loss of Jack was a hard blow to Xiaobo, as if her wings were broken. Her days without him were spent in tears and sadness, and she lost 20 pounds in a short time. Her family decided to take her back to Shanghai. How would she face future life without Jack?
Xiaobo may not realize herself that 20 years of a happy marriage had integrated her life with Jack’s. Jack’s benevolence and love did not come out of nowhere. He lived a true Christian life and brought perpetual love to many people. Although he is gone, his love and vitality continue in Xiaobo and remain in cards, letters, videos, photos as well as many peoples’ hearts.
Just as the verse on Jack’s tomb says:
If tomorrow comes
I am not here
Do not think that we are apart
Whenever you think of me
I will be in your heart

2. While Xiaobo was regaining her spirit to plan her future, Jay entered her life. Xiaobo moved here and became my neighbor since Jay works in Pittsburgh. I had regretted not having a chance to know Jack and witness his love with Xiaobo. Now, I could have opportunities to get to know Xiaobo and Jay in close contact. Jay is a university professor, and a handsome gentleman just like Jack. He had the  unhappy marriage before. My first impression of him was that he was rather quiet. Xiaobo’s sister and I both were happy for them but little concerned at the same time. We wondered whether Xiaobo could help Jay get out of the shadow of his previous marriage and whether Jay could face Xiaobo’s broken heart caused by Jack’s tragedy.
Like many love partners, Jay was first attracted by Xiaobo’s unique personality, and Xiaobo was moved by Jay’s sincerity. They spent a lot of time together, attending various events, introducing one to the other’s friends, and celebrating birthdays for each other. They were fully devoted to each other. Xiaobo brought her years’ of experience in a successful marriage into her relationship with Jay, although not intentionally. On Jay’s birthday, Xiaobo gave him a pleasant surprise in addition to the routine of writing him a birthday card. Jay was so moved that he wrote an e-mail in just 5 minutes to tell Xiaobo 33 reasons why he loves her! We laughed at this anecdote, saying that this was a real professor’s love style.
What Xiaobo and Jay have is not just romance, but rather they have to face various practical issues. The trauma of Jack’s death on Xiaobo is one of the most difficult. Once in a while, Xiaobo may get lost in mind, as if she went back to yesterday. She mentions Jack frequently, and Jack’s photos are present everywhere. She drops into overwhelming sadness unexpectedly. All these make us rather worried about her relationship with Jay.
However, as long as two people are in love, there is no difficulty that cannot be overcome. Their devotion is paid off with mutual acceptance. Jay helps Xiaobo recover from the sad loss of Jack by visiting Jack’s grave in Youngstown, as well as visiting Jack’s family and friends. He has experienced the kind of life Jack once had with Xiaobo and has received blessings from Jack’s family and friends. Xiaobo’s lovely daughter, Mae, visits them regularly. In a certain sense, the love and blessings that Xiaobo and Jack enjoyed did not end, but rather continue and revitalize. Jay is happy with and nurtured by this pleasant feeling. He has become more sociable, and the vitality that has been lying deep in his heart is now awake. In Xiaobo’s words, “Jay is now slowly blossoming.”
Xiaobo decided to produce a book in memory of her love and marriage with Jack, which was later supplemented with videos. This was time-consuming and effort-demanding. When she wants to discuss the details, Jay is always there, patiently helping her to revise articles and give suggestions. He has not only fallen in love with Xiaobo, but also has been fully engaged in part of her emotional world, past and present, good and bad, sunny and windy.
Xiaobo once recalled a visit she and Jay paid to Jack’s grave. While she was speaking emotionally to Jack, Jay said, “I also have something to tell Jack.” He then said, “Jack, You are the star that brings good fortune to Xiaobo and me. I will learn from your successful marriage and make your lovely wife happy with all my efforts. Bye.”
One day ago, we had a gathering at Xiaobo’s home when a friend and her family came to visit. Upon seeing the sweetness between Xiaobo and Jay, that lady and I could not help saying to Jay, “How lucky Xiaobo is! Although she lost a perfect Jack, she has you to be another perfect partner.”  Jay thought for a moment and then told us very seriously, “It is you who are lucky because you did not experience the same kind of pain and sadness as Xiaobo did.”  Such words earned Jay my high regard. He loves Xiaobo truly and sincerely, and meanwhile his feeling transcends mere love. In this sense, Jay can be called another hero.
Life that was once bestowed on Jack is to continue in Jay.
Those who have extended their blessings to Jack and Xiaobo now give the same blessings to Jay and Xiaobo, wishing them a perfect life in love.
Xiaobo, may you unfold your wings and soar again!